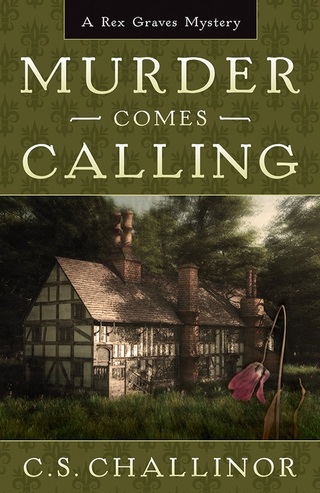 In Challinor’s satisfying eighth Rex Graves mystery (after 2014’s Murder at Midnight), the Scottish barrister travels to quiet Notting Hamlet, Bedfordshire, at the request of his widowed friend, Malcolm Patterson, a bumbling retired medical pathologist who in a panic tampered with evidence related to four unsolved murders. When a neighbor found the eldest victim, Ernest Blackwell, garroted with piano wire, his neck nearly severed, she alerted Malcolm, who proceeded to wipe off the letters smeared in blood on Blackwell’s forehead. For now the only suspect is the house agent who represented all four victims in the midst of selling their properties. Malcolm fears that he’ll fall under suspicion next if Rex doesn’t help him solve the mysterious rash of murders. An intuitive sleuth, Rex befriends the locals in his effort to find the crucial connection among the deceased. Smooth prose will keep cozy fans turning the pages.