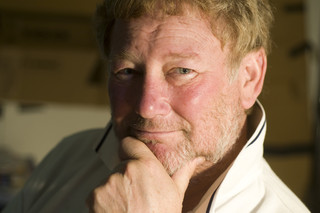 Who is Rex Graves?

Rex Graves graduated with a first in law from Edinburgh University in 1981, trained as a solicitor with the international firm of Browne, Quiggley and Squire from 1982 to 1984, devilled for the Hon. Lord Ferguson and W. Iain Reid QC from 1984-1985, and became an advocate in 1985 and Queen's Counsel in 2003. He specializes in criminal litigation and prosecutes at the High Court of Justiciary in Edinburgh.

1959, born in Edinburgh to Mr. Colin Graves (deceased) and Mrs. Moira Ann Graves, née Thorpe, currently residing in Morningside, Edinburgh. Rex attended Fettes College, where he was president of the Debating Society and proved an absolute flop at polo.
1987, married his beloved Fiona May Gillespie, whom he ultimately loses to breast cancer.
1988, son Campbell born, presently attending Hilliard University in Florida where he is studying marine science and pursuing an independent study in birds of the non-feather variety.
2006, meets Helen d'Arcy, a student counselor in Derby, England and solves his first private case, the Swanmere Manor Murders.
Hobbies include Sudoku and crossword puzzles; reading Latin—the dustier the volume, the better; hiking; whisky tastings; and American food. He has a morbid fear of horses and going nude on public beaches, and is allergic to cats and snobs.

Physical Description:
6' 4", stocky build, red hair, ginger beard, green eyes. He is often found with pipe in hand (though trying to quit) and a skeptical look on his face. When not wearing court wig and gown, he prefers a tweed jacket, corduroys, and Hush Puppies.