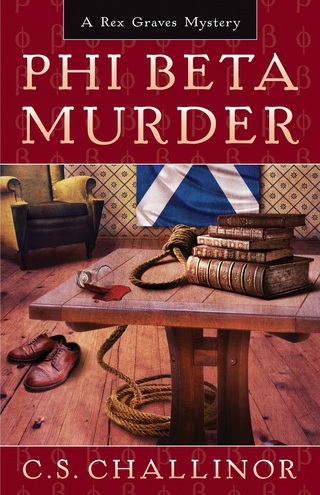 Readers meet up once again with Rex Graves in the third mystery to follow the Scottish barrister with a knack for getting involved in the ultimate crime. Rex is on his way out of the beautiful Scottish countryside leaving behind Helen, his new woman friend and his mother to visit his son on the campus of his American college. Campbell Graves is supposed to be enjoying life at Hilliard University in Jacksonville, Florida, but lately on the phone he's sounded rather distant, and Rex wants nothing more than to see his son and make sure everything is all right. Unfortunately the day he steps on campus is the day a young man is found in his locked room hanging from the ceiling. Soon Rex must split his time between worrying about his son, solving a crime that seems to involve a million people with a million different agendas, and trying to balance his love life without losing people in the process. Humor and well-written characters add to the story, as does some reflection on the causes of suicide. A wonderful read and great plot for cozy mystery lovers.